In February 2019, followed by few months of intensive work with reconstruction and fining the products we have extended our portfolio by another facility in Bratislava and opened our first proprietary bakery and patisserie. You can find there sourdough products, traditional cakes and experience desserts, complete lunches in a modern way or Italian take-away coffee. As for daily breakfast or lunch menu we offer fresh slices of sourdough bread with homemade spreads, stuffed wraps, salads, filling soups or sandwiches.

After more than two years of operation in Slovakia we decided to bring one of the wagamama restaurants to the nearby Parndorf – favourite shopping centre not only for Slovak people. That is why we would like to invite you to the newly opened premises near Bratislava. Austria is thus 24th country, where wagamama facility has been opened. On an area of almost 320 square meters we offer seating for 144 guests. During the summer and warm days we also offer an outdoor terrace, where we can place another 126 hungry folks.

Epic was opened after almost two years of preparation by the end of March 2018. Epic is the most modern music club in Prague focused on electronic music. You can find it at Revoluční ulice 3 just a short walk from Dlouhá. Its area of 2,500 m2 is distributed on three floors in the underground while two of them are for guests. Smaller parties take place in the large hall with drinking regime being taken care of by four bars. Who is not afraid of heights may overlook the stage from the gallery upstairs, where the VIP zone is located. A separate entrance leads to VIP zone of course. The best sound and visual experience is ensured by the wold-class sound system L-Acoustics K2, through 100 m2 of LED displays P 3.9 and the most modern lights.

October 16 was the day when we re-opened the gates of Klub 39. This Bratislava night life´s legend is located directly in the hearth of dormitories in Mlynská dolina.  The best parties from Tuesday to Saturday with free entrance for all take place there. Besides beerbong, table football, hostesses and lots of alcohol.

In May 2017, we opened the seventh Slovak Klubovňa in Košice, at Hlavná ulica. It is the second Medusa´s facility in Košice.

In April 2016 we opened a beautiful Italian trattoria and pizzeria called La Pala right in the historical centre of Bratislava, Hviezdoslavovo námestie, where the original Slang was located.

In September 2016 Medusa opened Klub 39 in Mlynská dolina. Klub 39 is now a legendary facility that has been operating in the Bratislava scene for many years. It provides its customers with sitting in a pleasant atmosphere and brilliant parties till morning.

The original Slang Pub has undergone an extensive reconstruction and besides new premises it was given a new name as well. Slang has been offering great pub food and alternating seasonal offer of beer specialties from great and mini breweries. Slang is a perfect place for friendly meetings with great beer, music and food.

We opened the second Presto in Prague, this time it was in the Chodov Business Centre. Presto offers quick and tasty meals for all visitors. Along with salads, it offers interesting breakfast, sweet energy intake and salads.

In July 2015, we opened the fifth Slovak Klubovňa in Petržalka at Starohájska ulica. Petržalská Klubovňa is the fourth Klubovňa in Bratislava. It provides more than 500 places for sitting and has the largest terrace of all Klubovňa facilities including a stage for performances of musical groups and playground for children. Table football, darts and great LCD screens projecting sports events are not missing in Petržalská Klubovňa.

After four years from opening Barrock in Bratislava we opened the second branch in Prague in 2015. The best rock music ever, DJs, live rock concerts, burgers, ribs, burritos and of course beer, shots and cocktails.

We opened the sixth Slovak Klubovňa in September 2015, in Karlová ves, Jurigovo námestie. Karloveská Klubovňa is the fifth Klubovňa in Bratislava. Karloveská Klubovňa has its interior capacity for more than 350 places. Another 180 places can be found at the outdoor terrace. You will find many photos inside, capturing the history of various parts of Karlová ves such as Karloveské rameno, university dormitories or the Slovak Television buildings.

We opened another Primi in October 2015. This Primi is the first one to be opened outside Slovakia, this time it was in the hearth of Vienna, at Neuer Market, near Vienna Opera. Primi represents everything you like – great Mediterranean cuisine, selected wines and pleasant atmosphere.

The third Kubu restaurant, this time in the premises of former A la Carte restaurant in the BBC 5 administrative complex was opened in October 2015. Kubu BBC 5 built on the success of the first restaurant with its menu and offers great homemade pasta, pizza, risotto, varied salads and grilled specialties.

Mlska moved from its original premises in Bory Mall to the Aupark Shopping Center in November 2015. Mlska is a modern bistro designed for families with children. You can find salads, pasta, risotto, burgers and other street-food treats in the menu. Your sweet tooth will be satisfied with crêpes which we prepare even as gluten-free and also with our raw cakes and healthy smoothies containing “superfoods”. Also children will enjoy visiting Mlska as they have available children playground and special offer of meals and drinks. A small shop is a part of the facility, you can buy there various food & deco products.

Mercado moved from its original premises in Eurovea to the Aupark Shopping Centre in November 2015. Mercado is a synonym for health and freshness. It offers an interesting and non-conventional fusion of healthy food using bio and local ingredients. The menu was created by a renowned healthy food expert Silvia Horecká, hence you will find there truly healthy nutritious and complete modern meals. The Mercado beverage menu includes homemade lemonades, traditional lemonades from homemade organic syrups, as well as wines from small alternative Slovak wineries.

Medusa has brought a popular wagamama concept to Slovakia and in December 2015 opened the first wagamama restaurant in the Eurovea Shopping Centre in Bratislava. The concept of restaurants is the same all over the world and is inspired by the art of “kaizen”. Freshness, playfulness, freedom and the tastiest food that gets on your table as soon as it has been prepared. The menu at the restaurants is inspired by the Japanese and Pan-Asian cuisine.

ENTRANCE TO THE CZECH MARKET

In January 2014 the company entered the Czech market historically for the first time. In the very centre of Prague, in the newest and most modern Florentinum centre we have opened a beautiful modern canteen belonging to PRESTO, well-known chain.

OPENING OF THE CHAIN NAŠA KLUBOVŇA

The first restaurant and beer pub of the nationwide chain of breweries, Centrálna Klubovňa, was opened on March 13, 2014. Klubovňa is a place for friends, people from the neighbourhood where it is located. It is a place serving great beer with its particular atmosphere.

We opened the second, Ventúrska Klubovňa on July 15, located in the historical premises of Erdődy Palace in the very centre of the town.

Bystrická Klubovňa, the third of the nationwide chain of breweries, was opened on October 21 in the premises of the Barbakan historical building. Good beer, great food and amazing atmosphere must not be missing in Bystrická Klubovňa.

The second KUBU restaurant, this one in the Bory Mall shopping centre, it builds on the success of the previous one by its menu and offers great homemade pasta, various salads, pizza, steaks, fish or fitness meals. Its interior is again inspired by a New York loft with a slightly industrial atmosphere.

Mlska café and bistro is the second facility of Medusa Group in the Bory Mall Shopping Centre. Mlska is a modern bistro inspired by the French cuisine. Its offer includes traditional sweet and savoury crêpes, tasty salads, quiches, sandwiches, baguettes, ciabattas and healthy treats such as chia or quinoa pudding.

Medusa is opening its second facility in the favourite shopping centre on the banks of the Danube. New and unique concept focuses on freshness, energy of southern markets, colours and friendly atmosphere.

The company won an important tender in 2013 announced by VW Slovakia to become an exclusive supplier of the corporate catering for factories in Bratislava and Martin. In particular it is 11 canteens and 1 VIP restaurant for management.

So far the greatest acquisition of the company. Medusa took over completely all culinary activities in Erdődy Palace at Ventúrska 1 in the centre of Bratislava. Thanks to this acquisition, Medusa extended its portfolio by 4 brands and facilities.

A music club operating since 2006 located in the underground of Erdődy Palace. A star of the Bratislava´s party life scene. A functional transformer station is an image part of the space.

Romantic courtyard of the 18th century palace, Mediterranean cuisine, glass ceiling. One of the best restaurants in Slovakia.

A café above the famous disco. Stylish cocktails, tasty snacks.

ENTRANCE TO THE AUSTRIAN MARKET

In 2012 Medusa Group entered a foreign market historically for the first time by opening its facility in the hearth of Vienna, near Vienna Opera, it was MEDUSA RESTAURANT & CLUB. A restaurant, lounge, night club and beautiful summer terrace, exceptional 3 floors offering spending time in a stylish and pleasant way. A fusion of Mediterranean and international cuisine, fantastic drinks, tasty and high-quality coffee, live DJs, unique atmosphere.

The largest rock establishment in the centre of Bratislava promoting rock as a lifestyle and a place where nobody is pretending to be something else. It includes atmospheric rock decorations, sectioned space on 2 floors offering various types of entertainment. The menu offers a tasty street-food menu along with drinks.

A traditional Slovak pub with fresh tank beer and almost 10 years of tradition.

A restaurant in the Polus Shopping Centre decorated with cosy timeless interior and open space kitchen typical for most Medusa restaurant.

An exclusive evening facility, trendy cocktails and bubbles in your glass accompanied by a live DJ.

Cosy French bistro with a wide range of sandwiches, salads but in particular delicious French crêpes in sweet and savoury combinations.

It is situated on the banks of the Danube in the Eurovea shopping centre. Seaside feeling, positive energy-filled lounge and tasty Mediterranean cuisine. One of the most successful Medusa facility.

By modifying a concept of the PRESTO self-service restaurant we created two new facilities and expanded the daily meals offers and come up with a new varied offer.

PRESTO concept was extended to include 2 new, modified facilities.

An extraordinary event in the company´s history, defined by opening RIO GRANDE RESTAURANT, NIGHT BAR AND CAFÉ on Hviezdoslavovo námestie, has become the most visited restaurant in Bratislava very quickly.  Rio was an ambitious concept offering an infusion of the original restaurant, night club and café at one place.

Another legendary concept followed in 2005, opening of the first PRIMI facility under Michalská. It was known for its nice relaxed atmosphere, 2 floors, beautiful spacious garden including winter operation and great visiting rate.

Establishment of the company by opening MEDUSA restaurant in the historical centre of Bratislava under Michalská brána. Medusa offers brand new approach to the culinary and night life also thanks to that it become the entertainment legend in Bratislava.

The year was successfully ended by launching PRESTO, self-service restaurant chain, whereby the company managed to change an approach and in particular a level of daily business meals in Bratislava.

Medusa is the largest culinary group operating in the Slovak market. More than 1.400 employees currently work for us. We operate more than 40 proprietary culinary venues in Slovakia, Prague and Austria. We also run a separate catering division, our proprietary unique MedusaCard loyalty system or our own Medusa Academy educational platform.

Do you have any questions?

Write to us and we will be happy to answer them. 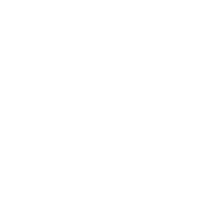